The new gun control measures put forth by the Obama administration speak loudly to the grand scheme of lies the public is being exposed to every day across America.

Since more than ninety percent (90%) of lifetime sentenced felons (someone sentenced to a year in jail but not necessarily serving any time at all) are non-violent offenders and ninety-nine percent (99%) never used a weapon committing any crime, the intensification of background checks to prevent gun violence is ridiculous and founded upon lies.

The expansion of a program to deny anyone reported having mental difficulties have been expanded to include anyone a doctor wants to claim is mentally ill, but not have to back that up with revealing who he is or what the data the denial was based upon.

How typical of modern America.

None of this is about flying, criminality or guns.
It’s all about a small number of people controlling masses of other people,
and it is all based upon bald-assed lies.

Unless we see and act upon the lies behind these authoritarian moves,
we accept the dictatorial rule of dictators wearing no clothes. 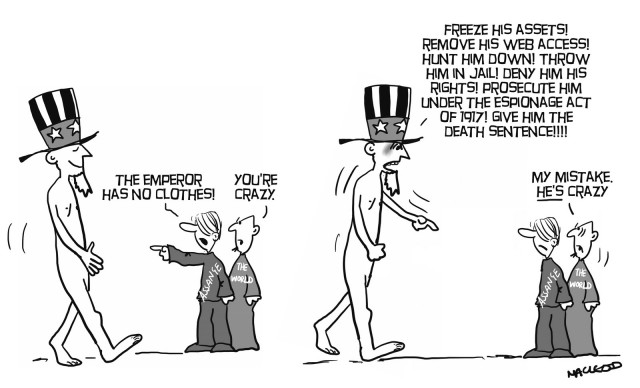