Home » Short Stories » The Fish Does Not Have to be Real, Short Story by James Strauss

The Fish Does Not Have to be Real, Short Story by James Strauss

THE FISH DOES NOT HAVE TO BE REAL

John Whitworth sat at his desk, his head turning to peer through the glass double doors that also served 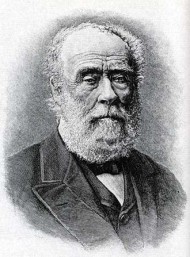 as his only window to look out over a small portion of Puget Sound. Mount Rainier was visible far in the distance with the sun beginning to arc over its crest.  It was close to noon on Bainbridge Island.  Whitworth reflected on his family history, as he sat gazing through the double doors.  He was the great-great grandson of Lord Joseph Whitworth, the man who’d invented the standard measurements ruling the dimensions of all tools manufactured from the early 1800’s onward.  The money, land and even lineage from those early days were long gone.

Whitworth had not failed in life.  He’d retired from the U.S. Marine Corps as a brigadier general (although he’d only been given the rank as a retirement sendoff gift, and never really served holding the rank at all).  Retirement pay was not that significant when it came to supporting his wife, repaying educational loans for his children and dealing with the real costs of owning a home on Wing Point.  Whitworth needed a job.  He’d found a job as part of a local crew fishing the Sound, but the skipper of the boat was a tough man to satisfy.  He wanted to know Whitworth’s military background.  Whitworth knew that if he gave the gruff, seemingly mean-spirited man, his real rank he’d never get the job, and there simply weren’t any jobs around that compared in wages or bonus potential.  Whitworth sighed, looking at the employment form the ship’s captain had given him the day before.

His eyes focused on the lagoon that took up about a fourth of his waterfront lot.  Earlier in the year he’d built piers out about ten yards from each bank of the lagoon.  The couple that lived in a home on the far side of the lagoon had triplets.  Whitworth purchased a paddleboat when he finished the piers, so the triplets could paddle over to his place whenever they felt like visiting.

The unidentical triplets were three children six years of age.  Two boys and a girl.   They named the paddleboat ‘Bubbles,’ so Whitworth dutifully painted that name on both sides of the twin pontoons.  Some days the ‘trips’ would vigorously paddle over to his pier, be greeted by Harvey his dog-like cat, and Tank, the large seagull who always perched on one of the high poles at the end of the pier on Whitworth’s side.  He kept a supply of popsicles; the ones with the funny idiotic jokes printed onto the sticks, in his freezer, as the trips’ parents would not let them have any kind of processed sweets at home.

It was just past mid-day when Whitworth noted that the Lagoon had become faintly aromatic.  He looked over toward the far shore and his suspicion was confirmed.  The far shore abutted the Sound itself. Normally there was a narrow inlet of water that ran between the lagoon and the waters of Puget Sound.  The constantly working tides of the Sound usually kept the small break open and running.  The tidal movement of the water usually allowed the lagoon to be refreshed twice a day.  Whitworth noted, with a frown, that the stream normally cutting through the piles of small stones was no more. A high tide from days before had moved the small golf ball-sized stones around, just enough to close the vital gap.  Whitworth frowned. Something would have to be done.

Whitworth changed into his work jeans, threw on his boots and logging shirt and went to the back door.  He selected a pointed shovel, and then made his way down to the shore along through the bracken, following a well-worn path Harvey and he took at least twice a day.  He traced the course of the old outlet as best he could and began to dig. Harvey found a large flat rock nearby to spread his body across and absorb what he could from the rays of the afternoon sun.

The work was hard.  The stones didn’t take to shoveling well.  It took a full hour to dig twenty yards to the half waypoint between the lagoon and the Sound.  Whitworth rested against one wall of his four-foot deep trench to pause and reflect.  He looked up to see a line of miniature people approaching from the south. It was the triplets.  They were walking in a single file over the rocks, each with a small shovel over one shoulder.  He waited with a smile for them to arrive.

“Hey you guys,” He said, waving both hands.  One of the boys, Mark, was very expressive and yelled back, as they approached

Whitworth laughed aloud at that.  The other boy, Tom, just smiled his usual little smile while Anka, the young girl and leader of the triplets, held up an arm.  The three stopped mid-way up the newly dug part of the trench.

“We’ll begin work here,” she stated imperiously, with no smile or wave.

Whitworth nodded with a straight face at the serious industriousness of the kids and set back to work on his own. He threw rocks for another fifteen minutes before he had to rest. He leaned on his shovel and looked back.

Anka was leaning back against one edge of the trench watching her two brothers. Mark and Tom had

quickly given up the work of digging to drag a pile of driftwood to the edge of the divide where they were carefully assembling some sort of edifice right down in the center of the freshly dug trench. Whitworth shook his head and walked back to where they were assembled.

“What are you two doing?” He asked of the boys in exasperation.  The boys stopped their work to look up at him, and then bent back down without answering, to continue their efforts.

“They’re building a fish trap,” Anka said, from her position nearby. The boys continued their work.  Whitworth looked down at them and tried again.

“You can’t build a fish trap out of wood,” Whitworth said, more loudly, throwing his hands into the air.  “The wood will just float away when the water comes through”.

Anka looked up at Whitworth without answering.

“You can’t catch a fish in such a contraption,” he said, turning to her.  Anka leaned forward, 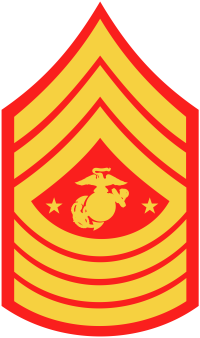 walked slowly over and grabbed him by the hand. She led him back to the part of the trench Whitworth had been digging at when he’d noticed the boys building their fish trap.  After a moment she released his hand and gestured for Whitworth to lean down.

“The fish doesn’t have to be real,” she whispered into his ear.

Whitworth straightened up and stared down into the girl’s wide eyes.  He stared for a full minute before looking at the boys and then back at Anka’s serious face several times.

Anka turned and went back down the depression to help her brothers with the fish trap.

An hour later Whitworth stood on the small patio just outside the second floor double glass doors of his office.  The trench was done, he was exhausted and the triplets had gone home.  He stepped back inside, sat down and then wrote on the boat captain’s employment form.  He wrote that he’d been a Sergeant Major in the Marine Corps, since retired.  After all, Sergeant Major’s had a star too, inset into the center of their many chevron shoulder patches.

“The fish doesn’t have to be real,”

he said aloud to himself, as he addressed
and stamped the envelope. 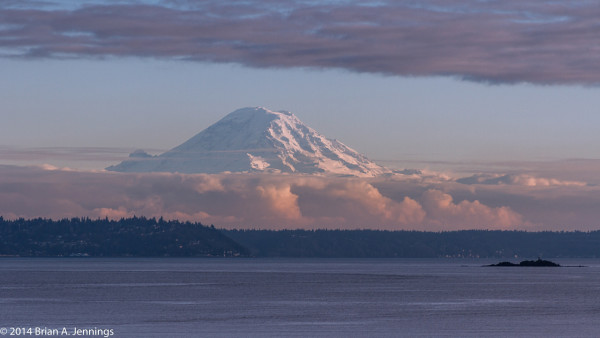 Listen to the Audio Version