The U.S. government is using directives

and quiet new laws to apply

an ever more authoritarian rule.

Does anyone really care?

The TSA quietly made it policy that no one can avoid the big X-Ray machines at airports anymore. Instead of opting to be patted down (the X-Ray machines are dangerous or employees of airlines and TSA would not be exempted from going through) passengers can now only avoid the penetrating machines if they don’t want to board an aircraft. In other words, they can’t fly if they don’t go through.

From Directive: TSA will nonetheless mandate AIT screening for some passengers as warranted by security considerations in order to safeguard transportation security…… But no criteria about who and how the determination is made and 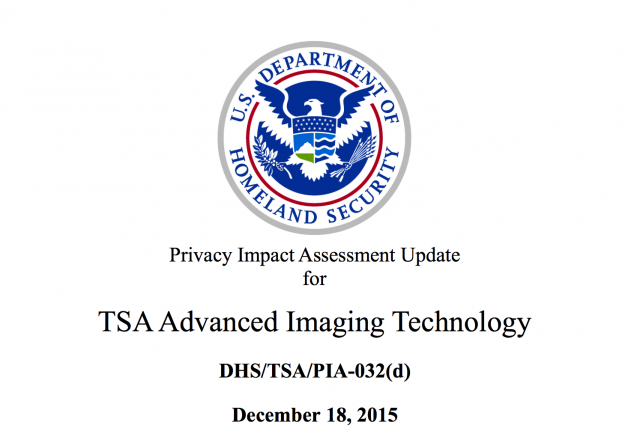 Now the IRS has stepped into travel as well.

If someone is deemed to owe the IRS money ($50,000+ for now), the IRS has assumed the authority to cancel that person’s passport. And the IRS can cancel that U.S.passport while a citizen is abroad, thereby making it damned near impossible to come home. That informations was slipped out on the pages of very few newspapers last week.

From Forbes Article, November 22, 2105: Congress thinks America should do more to grab people on the move, or to prevent them from traveling in the first place. And unlike prior bills on this topic that have stalled in Congress, this one is about to become law. It is part of H.R.22, which has passed both the House and the Senate. It is in conference, so something could change. But it is expected to pass, adding new section 7345 to the tax code. The title of the section is “Revocation or Denial of Passport in Case of Certain Tax Delinquencies.”

An agency spokesman said the IRS is reviewing the law and will implement its terms “as soon as feasible.”

What are they all doing?
Slowly restricting travel so that the “news” you will get will only be what you see on television or on the Internet.
Even now, things are so vitally different abroad that people coming home have a hard time talking about the truth of things because they lose their credibility as soon as they open their mouths!
The television is believed, not the people who have returned from being right there!