The world is united by many things today in communication, shipping, trading, fighting and more but the one standard that prevails over all is insidious, denied and most people remain oblivious to. The world isn’t very smart. Most humans do not take in data, analyze it and then come forth with intelligently responsive replies or action. Here’s a graphic example, almost straight out of the Monty Python Fish Called Wanda script.

I was up at six, having spent an interesting night after going to the ER on New Year’s Eve to get eight stitches. Right index finger, making this 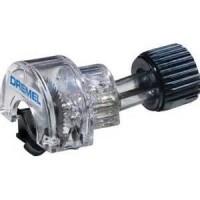 more adventuring to type. I was cutting a PVC pipe last night and thought how much easier it would be with my Dremel tool. I have a special saw for it. But the safety around the saw would not let me get the tool into the small space to do the job.
So I took the safety housing off.
Ten seconds later everything was going wonderfully well until the saw hit the plywood next to the PVC pipe.

It jerked. Into my index finger. I lied at the emergency room when they asked me if I had intentionally inflicted injury upon myself.

What else can you call such vapid stupidity?

I went into an ER, sat through two hours of awful country music playing in the waiting room, then sat in hospital version of a prison cell for another hour until the doctor came in. A young foreign man, probably from India. I held my bundled hand (deep cut on right index finger) over the little square table between us.

He said, “what’s the problem?”

I replied, “I cut my index finger pretty deeply but apparently missed the nerves and tendons. I need antiseptic, anesthetic and some stitches.”

The doctor unwrapped my homemade bandage and looked at the damage.
He then said, “you cut your finger pretty deeply but missed the nerves and tendon.
We’ll need to clean that out, deaden the finger and stitch it up.” He looked up into my eyes with no humor at all.

I laughed openly and said “make it so.”

I had no answer for that. He did what he said he would do and left without further comment. The nurse came in and was nice. She told me that she was sorry about the three hour wait but the doctor was not on duty when I came in and nobody else was qualified to stitch me up.
The bill will be around two thousand dollars, if not more.

Is it just me or has most of humanity descended into hog heaven which seems a whole lot more like hog hell?

Oh, I read about other stupidity making me feel better this morning. The NY Times covers the Asian airliner that hit and air pocket injuring 22 people aboard. There say there was not doctor aboard the aircraft to help but they did have a periodontist. I wonder how the dental doctor feels this morning about losing the professional title.