Boxing Day, Political Sparring and such

Today is Boxing Day in the UK, Ireland Canada

Boxing Day occurs every year on December 26th. It’s a national holiday in the UK and Ireland.

If the day after Christmas falls on a Saturday or Sunday, the following Monday is designated as the official public holiday.

Just thought everyone would enjoy that bit of information about another reason to celebrate this time of Winter Holidays.

However, the precipitous but nearly undetectable slip from credibility into an observing world where communications are received but seldom transmitted is a real event in some lives.

That is the one sentence totally applicable to people who have traveled too far, learned too much and come to understand way more than is comfortable for the people around them. Reports about what’s happening in Ulan Bator, Quagadogu, Ushuaia only damage the reporter. Reports about what might be happening in the skies, whether it is unidentified objects in the air, strange photos from NASA on stuff on Mars or the Moon or any comment at all about contrails from flying jets only cause other clueless people to regard the people who discuss such things with silent disbelief and then to get as far from them as possible. 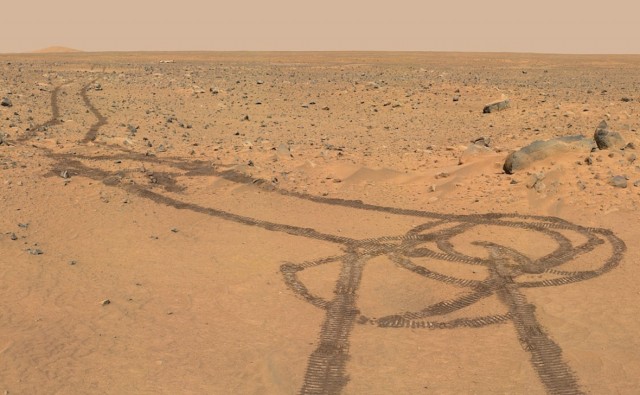 Of all of the odd things spotted on Mars, the best one has to be this giant penis accidentally drawn on the surface of the planet by the tracks on one of Nasa’s Mars rover…REALLY

If reported truth had anything to do with anything then Trump, Carson and Cruz would not be candidates for dog catcher much less president. Coulter, Palin and Bachmann would not be multi-millionaire’s well interviewed and listened to. Go to holiday garden parties, if you have some moss on you, and shut the hell up! People who know you might think you are being arrogant or being silently above them when actually all you are attempting to do is survive with them in your life.

As Cynthia Fueredi once said at the Geneva Java across the table to me when I corrected her about some nonsense matter of diction
“Strauss, you can be right and you can be alone!” Take heed, and