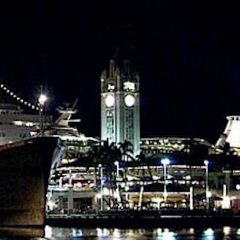 Arch Patton It Was 1993 Chapter 21 They all took off on their respective errands, the most important thing being to get them out of the cabin and immediately away from the German who was, by now, likely stalking them. It wasn’t until they were three decks up that Arch stopped. There was no one using the crew stairs except he and Atlantis. He breathed in and out, thinking. “What’s the matter?” Atlantis asked, stepping closer to his...

Arch Patton, Down in the Valley, Chapter 16

Arch scrapped the idea of hiking in through the Waialua Forest. The topography was just too difficult. By the time he and Matisse were anywhere near the base of the stairs……..