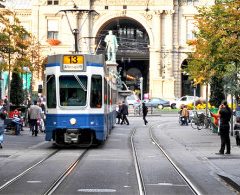 BEAT THE DRUM SLOWLY Short Story By J. Strauss.   Zurich, part of the social igloo called Schweiz (the Germanic third of Switzerland), lay spread before him. Arch Patton stood on the roof of the Hotel St. Gotthard, the only hotel less than half a kilometer from the train station.  It was cold, but then Zurich is cold to foreigners even when it’s ninety degrees, which is seldom.  He blew the smoke from one last puff of the last...